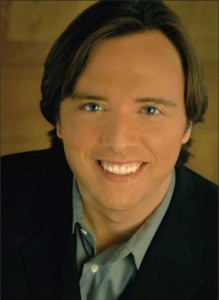 Daniel Shirley
Tenor
Distinguished for his “tenor of lyrical allure and power,” Daniel Shirley is in his second year in FGO’s Young Artist Studio. Recent engagements for the Mississippi native include Edgardo in Lucia di Lammermoor with Arbor Opera Theater and Mozart’s Mass in C Minor with the Bloomington Chamber Singers. During summer 2011, he returned to the Santa Fe Opera for a second season as an apprentice artist to cover Gualtiero in Griselda and sing the Indian Scientist in The Last Savage. As a 2009 Santa Fe apprentice he covered Don Ottavio in Don Giovanni and was invited thereafter by the composer/conductorFrédéric Chaslin to record the role of Edgar in his new opera Wuthering Heights. A 2008 apprentice artist with Central City Opera, he sang Sam Polk in the family performance of Susannah. His professional debut was as Don Curzio in The Marriage of Figaro with Chautauqua Opera, where he was a 2006 and 2007 studio artist. An accomplished concert artist, Mr. Shirley has sung Haydn’s Saint Nicholas Mass with the Indianapolis Symphony Orchestra, J. S. Bach’s Matthäus-Passion with the Bloomington Chamber Singers, J. S. Bach’s Mass in B Minor with the Columbus Philharmonic, Handel’s Messiah with the Evansville Philharmonic, and Mendelssohn’s Elijah with the Bach Chorale Singers. He is a graduate of Indiana University, where he recently portrayed Roméo in Roméo et Juliette and Ruggero in La rondine.