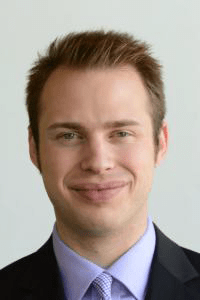 Bass-baritone Austin Siebert debuts with Florida Grand Opera this season. Prior to FGO he joins Merola Opera Program to perform the roles of Mr. Gobineau in Menotti’s The Medium and Marco in Puccini’s Gianni Schicchi, and to cover Dr. Malatesta in Donizetti’s Don Pasquale. Additional recent engagements include outreach with the Dallas Opera as Belcore in Donizetti’s L’elisir d’amore, Mustafá in Rossini’s L’italiana in Algeri with Seagle Music Colony, and the German General in Kevin Puts’ Silent Night with Fort Worth Opera Festival. Austin recently earned a Master of Music Degree in Vocal Performance at the University of North Texas, where he was seen as Dappertutto/Coppélius in Offenbach’s Les contes d’Hoffmann, Pritschitsch in Lehár’s Die lustige Witwe, and the title role in Sondheim’s Sweeney Todd. This season at FGO, Austin sings the roles of An Officer in Rossini’s The Barber of Seville, SS Man #2 in Weinberg’s The Passenger, and A Notary in Donizetti’s Don Pasquale.