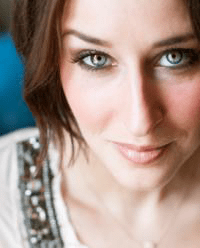 -soprano Hilary Ginther makes her Florida Grand Opera debut this season. Recent roles include Sesto in Handel’s Giulio Cesare with CCM Opera, Hänsel in Humperdinck’s Hänsel und Gretel with Opera in the Heights, Jo in Adamo’s Little Women and the Stewardess in Jonathan Dove’s Flightwith Opera Fayetteville, numerous Mozart roles including Cherubino in Le nozze di Figaro with Virginia Opera, Sesto in La clemenza di Tito with the dell’Arte Opera Ensemble, and Zerlina in Don Giovanni with the Natchez Festival of Music; and as Bobachino in the world premiere of John Musto’sThe Inspector with Wolf Trap Opera. Hilary has sung in the young artist programs of the Crested Butte Music Festival, Wolf Trap Opera, Fargo-Moorhead Opera, Virginia Opera, and Opera Saratoga, and received her master’s degree from the University of Cincinnati College-Conservatory of Music. This season at FGO she sings Rosina in Rossini’s The Barber of Seville and Vlasta in Weinberg’s The Passenger, while study-covering Lisa in The Passenger.