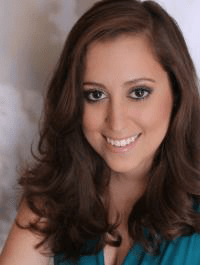 roles include Mabel in Sullivan’s The Pirates of Penzance with Lamplighters Music Theatre, Countess Ceprano in Verdi’s Rigoletto and Frasquita in Bizet’s Carmen with Livermore Valley Opera, Musetta in La bohème and Rosina in Rossini’s Il barbiere di Siviglia with the San Francisco Opera Guild’s “Opera à la Carte” series, and Norina in Donizetti’s Don Pasquale with Opera Santa Barbara. Elena has sung in the young artist programs of Virginia Opera, Opera Santa Barbara, and Opera Saratoga. She also received encouragement awards from the Metropolitan Opera National Council Auditions in 2011 and 2014. Elena earned her bachelor’s degree from Ithaca College and her Master of Music Degree in Vocal Performance from the San Francisco Conservatory of Music. This season at FGO, she sings Yvette in Weinberg’s The Passenger and select performances of Norina in Donizetti’s Don Pasquale, while study-covering Katja in The Passenger.