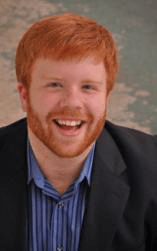 ne Nicholas Ward makes his Florida Grand Opera debut this season. Prior to joining FGO, he returns to Central City Opera where he sings The Elder Son in Britten’s The Prodigal Son. Previously with Central City, he covered Owen Hart in Heggie’s Dead Man Walking and Frank inRorem’s Our Town. Other operatic highlights include Il Conte in Mozart’s Le nozze di Figaro with CCM Opera, Don Alfonso in Mozart’s Così fan tutte with University of Louisville Opera, Papageno in Mozart’s Die Zauberflöte with UMich Opera Studio, and Friedrich Bhaer in Adamo’s Little Women with UMich Opera Theater. He has also participated in the young artist programs of Toledo Opera, Opera Saratoga, and the Seagle Music Colony. Nicholas is a graduate of the University of Michigan and the University of Cincinnati College-Conservatory of Music. This season at FGO, he appears as Fiorello in Rossini’s The Barber of Seville and study-covers Figaro in Barber and Tadeusz in Weinberg’s The Passenger.