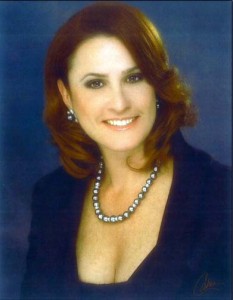 Ana Moran-Varela grew up in South Florida where her family moved when she was 3. Ana loves Miami and is hands-on in various charitable organizations, which allows her, in a small way, to participate in the enrichment of the City that she loves.

In 1983, Ana received her Bachelor’s degree in Marketing and International Business from Florida International University. Upon graduation Ana pursued a career in retailing, working for Allied Department Stores and later as General Manager for Federated Department stores.

In 1998 she joined her husband’s family business Agriflora Corporation, in Miami, one of the leading growers, importers and national distributors of Fresh Cut Flowers in the United States. Through foreign affiliates Agriflora markets floral products in Canada and throughout Europe.

She currently works in the Emerald Bouquet division which specializes in mixed product design and logistics to service Mass Markets.

Ana is married to Alvaro Varela, and they have four daughters, Sabina, Adriana , Laura, and Carolina, and two beautiful granddaughters, Daniela and Camila. Jointly Ana and Alvaro support various organizations in our community, they both enjoy the Opera and have been long term season subscribers.

In 2003 Alvaro and Ana were acknowledged for their philanthropy as “Moët Couples” by the Women’s Cancer League and in 2004, she was honored as one of the “Most Dynamic Women of 2004” by the American Cancer Society.

Ana serves on the Board of The Young Patronesses of the Opera as Ball advisor and immediate past President, where she raised over $500,000. She also serves on the board of The Vizcayans and has been co-chairing the Vizcayan Gala consecutively for the past 5 years, raising over $1,000,000 in funds to be used for the restoration of Vizcaya Museum and Gardens.

In 2006, Ana was appointed by Miami City Commissioner Natacha Ceijas, as Trustee of Vizcaya, where she currently serves in the Collections Committee.

In her spare time Ana enjoys traveling and enjoying her husband’s culinary creations.