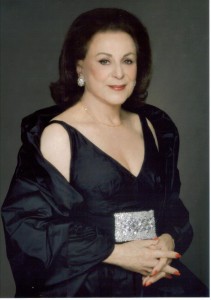 Judy Drucker’s role in the cultural scene of South Florida has been compared to that of Beverly Sills when she headed the Lincoln Center in New York City. Judy quite literally created that scene through her decades of entrepreneurial management of the Concert Association of South Florida.

In 1967, Judy heralded the advent of great music in the area with the formation of the Great Artists Series. Since that time she has been tireless in her efforts to make good on her pledge to bring to South Florida the world’s greatest classical music soloists, orchestras and dance companies, and has been internationally applauded for her personal and professional achievements.

Through the years the scope and magnitude of Judy’s acumen can be gauged by the quality of the artists she presented in South Florida — Beverly Sills, Cecilia Bartoli, Dame Kiri Te Kanawa, Winton Marsalis, James Galway, Yo-Yo Ma, Andre Watts, Roberta Peters, Joseph Kalichstein, Jean-Yves Thibaudet and Twyla Tharpe, among many others. Her concerts featured Placido Domingo, Jose Carreras, and the late Luciano Pavarotti, long before they became international icons for their unforgettable “Three Tenors” appearances and recordings. Judy’s presentation of “Pavarotti on the Beach” attracted more than 211,000 eager visitors and residents to the location that has now become famous as “South Beach.”

Born Judith Nelson in Brooklyn, New York, she began studying piano at the age of five under the tutelage of her mother Lillian, and later at the New York College of Music. After moving to Miami Beach and graduating from Miami Beach High School, she returned to New York to study voice at the Juilliard School of Music and then moved to Philadelphia to continue her studies at the Curtis Institute. She performed on Broadway in New York and at the Palm Island Latin Quarter in Miami. As an educator, Judy taught voice at Miami-Dade Community College. She also sang with the Greater Miami Opera, predecessor of Florida Grand Opera.

She serves on the Florida Fine Arts Council and has received the Governor’s Award for the Arts. Other recognitions have come from a broad spectrum of organizations ranging from the American Cancer Association, Big Brothers/Big Sisters, the Weitzman Institute of Science, and the South Florida International Press Club to the French Consulate and the Brazilian Press.

Today, Judy remains a major force in the arts in South Florida. In her new position as Senior Artistic Advisor to Florida Grand Opera, she is introducing a new “Superstar Concert Series” in spring 2009.

Opening the initial season of the series will be baritone Dmitri Hvorostovsky, tenor Marcello Giordani, and bass-baritone Bryn Terfel, each of whom will be paired with an equally glorious soprano.

Judy currently resides in Miami. She has three grown children.